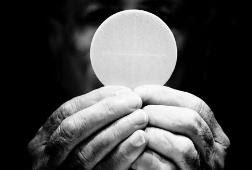 A Happy and Blessed Thanksgiving to all of you and your families.

It was a weekday evening and I was at Penn station in NY waiting for a train home from a conference. Out of the corner of my eye, I saw a woman holding a styrofoam cup shuffling from person to person.  While I couldn't yet hear her, I knew she was asking folks for money.

And she was headed my way...

And it is this latter group who have made me wary of wandering beggars.  So I tend to donate to places I know help truly poor people, rather than risk getting played like a fool.

Not knowing if the oncoming beggar was a phoney or not, I quickly put my headphones in my ears and started looking intently at my phone.

"Sir, do you have any money to spare?"

I ignored her, hoping she would move on to the next person.

I stared even more intently at my phone, as she gave up and moved onto the next person.

Crisis averted.  Although anyone watching from afar must have been aghast at the scene they had just witnessed.  The iPod I faked listening to, the phone I pretended to tap away on, and the computer strewn over my shoulder, could have paid for this woman's meals for months.

I glanced up for a second to see a woman near me deposit a dollar into the cup.

"Thank you ma'am.  Thank you so much.  May the Lord Jesus Christ bless you.  May He always bless you."

With that, the beggar started shuffling away ... probably onto her next "victim".   She paused for a moment to turn back and shake her head in my direction.

I saw Jesus right then and there in that woman.

Trust me, as bad as it is to know the Lord is upset with you, it is ten times worse to actually see it. 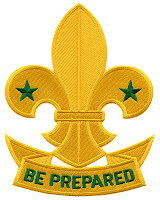 Therefore, let us not sleep as the rest do, but let us stay alert and sober.

Paul's words today remind me of a homily I heard the other day about death and heaven.

The priest talked about our fear of death and asked for perspective.

Our lives here on Earth are gifts, of course.  But this world is full of pain, sorrow, and sin.

Heaven, on the other hand, is perfection.  It is love.  It is beautiful.  It is Paradise.

And yet most of us have one foot, if not both feet, planted firmly here.  Worrying.  Scared of leaving.  Afraid of death.

Because we are human, yes.  But mainly because deep down we know we have not followed Paul's reminder to its fullest.

We prepare for presentations at work.  We prepare our meals for the week.  We spend countless hours preparing for parties and celebrations.

But we are often remiss when it comes to being fully prepared for our Lord.  We are half sleeping. Otherwise we would all be talking about how we couldn't wait to move on.

I paraphrased most of that, of course.  The priest was much more eloquent.

I just wish it didn't feel like he was looking at me the whole time he spoke ...

Or I Could Pray Instead

And the one poor child that saved this world,
And there's ten million more that probably could,
If we all just stopped and said a prayer for them.
- Better Days, Goo Goo Dolls

Ok, not the first band or song that comes to mind when you think about spiritual inspiration.  But the other day, in an odd moment when my radio was not tuned in to the Christian Rock channel, this song came on and those lyrics echoed in my head.

I wondered how many things I could change if I said one more prayer a week.

One more a day.

One more an hour.

The world usually thinks about "change" in terms of money.  Your $50 can help the parish support its retired priests.  $10 can feed the homeless for a week.  Just one dollar can get a child in Africa the medicine he or she needs.

Which inevitably leads to a tug-of-war in my head.  Did I give enough to charity this week?  How many kids could I have fed with the $4 I just spent on that latte?  Who suffered because I didn't donate that one extra dollar?

Well, those song lyrics added a whole new dimension to the game.  While we are all limited financially in how much we can give, the only true barriers to prayer are dedication and time.

What if I said one more prayer instead of surfing the net?  Instead of watching that football game?  Instead of arguing with someone?

How many people could I help that way?


P.S.  Just to show you I'm a man of action, instead of proofreading this post, I said I prayer for all of you!
Posted by Michael at 10:29 AM 9 comments: